He caught a moderate case of COVID Sunday and was comfortable with oxygen and IV fluids, and no need for pain medication. Five years ago he was diagnosed with Parkinson’s and this year with terminal cancer. Although his symptoms from both were mild, he became weak and slept a lot. “No energy, no interest,” as he would say over the past 7 years in nursing homes. He remained mentally sharp with clear memory through his last days.

He knew he would pass in the near future, and remained content and accepting of it as a result of practicing relinquishment. A deep practice of meditation throughout his life revealed his golden true nature as an example of immense contentment and confidence.

“This is the end of my life. I’m very happy. Don’t worry about it.”

In February we discovered he has cancer and he went on Hospice. But 6 months later, his condition was very stable and he was discharged back to normal care at the nursing home. Khema and I continue to watch over him with his doctors and the facility.

Mantis and I separately visit him every couple weeks. He calls us “my protectors”. He spends all his time in bed now. Sometimes he’s weak and barely talks, but other times he’s more engaged and responsive. For years, when I ask how he’s doing he says, “same condition”, and without fail when I call or visit and tell him I’m so happy to see him, he always says thank you. I bring him different flowers every two weeks.

April 29th advice to meditators: “Better be happy and strong. Don’t worry anything. The conditions are same, therefore don’t too much worry. Don’t…don’t want any more. Just be satisfied at this moment and constant practice.”

He continues to be content and calm, a true example for us all.
(September, 2022)

Sensei’s nursing home has seen 108 of the 300 residents with active COVID-19 infections at the end of December, a very scary number given their vulnerability and how it rose from 41 residents in two weeks. The facility responded really well by treating everyone as if they were in the isolation ward, and completed voluntary Moderna vaccinations on Jan 6th (350 residents and staff including Sensei). Yesterday they also provided it to 25 staff at Sakura who’s delivery of vaccines is expected later this month. The second dose is needed 28 days later to provide good protection from the virus.

As Sensei continues practicing relinquishment, he participates in the physical therapy and other health care activities requested of him. But he is declining as is natural, and spends most of the day in bed. The “major symptom” from the Parkinson’s that he has said over recent years is “no energy, no interest”. For example, when I called him on Christmas he greeted me with a weak voice and said he didn’t have the energy to talk. After I spoke for some time he thanked me.

Decades ago, Sensei would laugh joyfully when we showed trepidation with things like swimming in cold water, meditating all night without standing up, or of needles for blood tests or injections. On that last one he said once, “Children are afraid of needles. It just feels like a little pinch. We shouldn’t be disturbed by it.” He put this sentiment nicely in his book, Wakeful:

“From common sense or a medical point of view, however, the persistence of pain like a headache or rheumatism is an ongoing problem; there is little or nothing we can do about it. The conquest of pain therefore requires medical care. Although this opinion sounds rational to an ordinary person’s ears, it seldom covers the entirety of the situation. It keeps people reacting like over-protected children who never develop their innate strength to overcome pain.” (p62)

And now, there is such strength radiating from his fearless passivity at this stage of his life. May we each discover, maintain and embody such confidence.

Sensei officially retired in January 2015, and has spent the last five years living in the Sakura Intermediate Care Facility. He has Parkinson’s disease but has otherwise been in excellent health. In October he moved to a full-care nursing home where he doesn’t have to walk to meals. We called him often to check in on him and let him know what to expect, and he was excited to hear the Dodgers won the World Series “finally”. He now has 2 roommates but says he has “no disturbances”. We were able to visit him in the parking lot through all the COVID protocols, and he was happy to get outside and see us.

He has been practicing relinquishment over these years. In explaining relinquishment to us, he refers to “our life is not our business” which he wrote about previously, and explains that no matter what happens he is not disturbed, that he is OK. He recently said that this is (generally) the end of his life, and that all is OK because he has no expectation. He reminded me that Nature is best and that really nothing is needed.

PS: I discovered today that the Sakura Facility may be demolished. Please sign the petition to keep it open, as it has been so very good for Sensei while he was there and is so much better than any other nursing home I’ve been to anywhere.
http://chng.it/nr5NpMxRqY 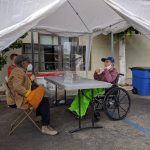 If you’ve been around Buddhist centers for a while you probably have heard of dharma names. The idea in times past was that a person who became a monk/nun left home and let go of their old life and family. Part of that process was shaving the head bare and part of it was receiving a new name. Generally the teacher gave the student a name reflecting something in their character that they were facing. For example, Sensei’s names Koun and Subhuti are his dharma names in the Soto Zen and Theravada traditions respectively. Koun means “drifting cloud”, and truly at that young age in Japan he was a drifting cloud…from the southern islands to the northern wilderness he wandered. Subhuti is a historical name — one of Buddha’s ten disciples who was particularly strong with lovingkindness.

So Sensei started giving out insect dharma names, and I’m sure there is a story behind each one; perhaps a funny story or perhaps a very personal story. He told us that Nature is the message. That all the words and conversations we experience are just reifications of the truth. The truth of experience-of-nature-itself. Nature in the wilderness, nature in daily life, nature deep inside each of us. Nature is everything. Nature is this moment. He explained that every part of nature conveys this message, even insects! and so we became “message bearers” with insect names. Expressing our nature in every moment.

“Then what is your insect name, Sensei?”
“I am Scorpion, or maybe Gokuraku-tonbo (Paradise Dragonfly).” 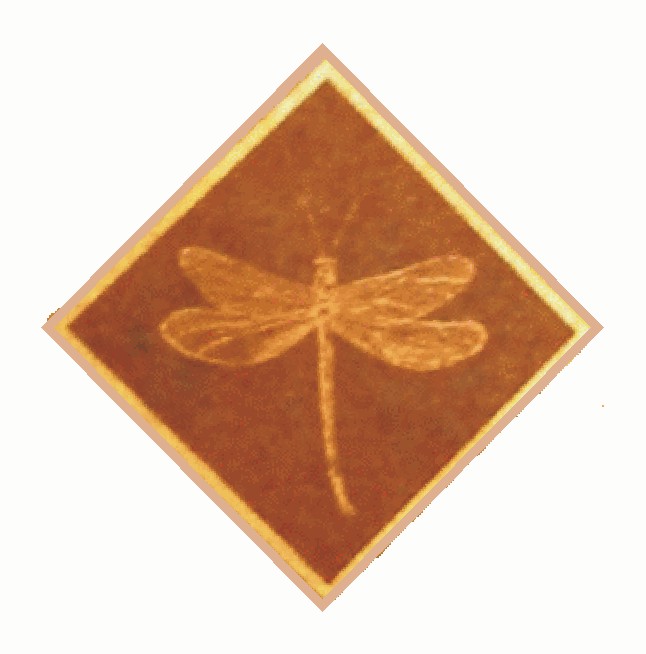